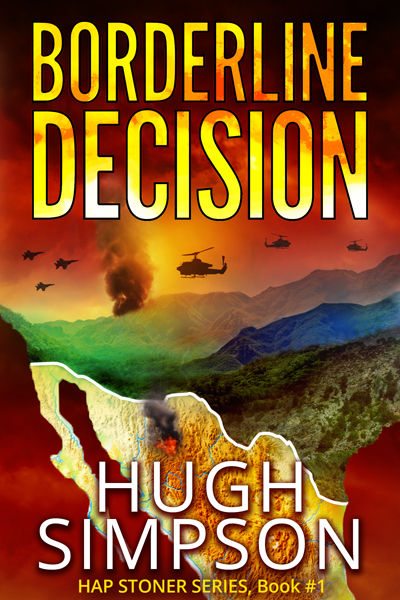 “As Hap entered his office, the agents rose slowly out of their seats. Resting the portfolio on a large polished mahogany desk, Hap reached out and introduced himself to both of the younger agents, judging them to be in their late twenties. The oldest of the three—a thirty-something man with dark slicked-back hair—carried a larger waist than shoulders. Even with his unfortunate build, Hap knew instantly that the Fed took himself too seriously.

Hap gestured for all three to seat themselves, and then pointed to their half full cups. “Refills?”

They all declined, three heads shaking in unison.

“I hope this meeting is not an inconvenience,” Agent Gordon said, his notepad resting on his knee.

Seated behind his desk Hap grinned. “It is, gents, but you are here. Hell, I was wondering why I was the last. My peers in the industry told me your team was making the rounds.”“We’ve been busy,” Gordon replied.

“Can I be blunt, Agent Gordon?”

The Agent nodded. His close shaved face showed no emotion.

Hap looked at all three agents. “Nothing personal gents, but knowing why you’re here makes me angry. From a professional standpoint your mission is a bunch of crap.”

Hap’s demeanor and candor surprised the younger agents, compelling them to shift in their seats. Their eyes kept cutting to the Marine Corp memorabilia hanging on the walls. Agent Gordon sat up in his chair.

“I was a twenty-six-year-old Captain once,” Hap said. “Like you, I was immortal. Given a mission, only God could help the man who attempted to thwart me; I would complete my mission–come hell or high water. I know what you had to go through to become a part of the FBI, and I hope you are no different.” Hap’s gaze was not harsh as his blue eyes moved to each of the agents. “That said the Bureau is being played. If you were sitting in my chair, knowing what I know, you would be very angry, too.” 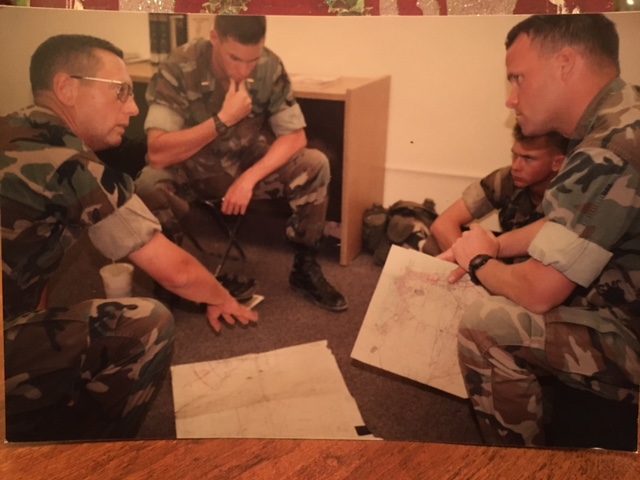 Agent Gordon’s head turned slightly to the side—a gesture Hap read as unease and flagging confidence: the agent was used to his role as Alpha Dog but Hap was refusing to defer. “Maybe so, Mr. Stoner, but we do have a few questions we want answered.”

Hap stretched back in his leather Executive Chair. His elbows rested on the arms. He touched his fingertips together beneath his pointed chin. “Agent Gordon, you and your team are unknowingly working for the benefit of a telecommunications company that is attempting to save $4.5 Billion on an acquisition. The Attorney General who asked the bureau for assistance is lining his pockets with the help of the suitor.”

The younger agent seated on Gordon’s right said, “Will you answer our questions?”

“With all due respect, Agent Smith—Smith is correct isn’t it?”

The agent, who had red hair and freckles nodded.

Hap stayed silent for a few seconds, and then said, “Because I know why you’re here, I’d like you to deliver my parting words to your boss. Tell him to visit with the FCC. An A.G. with an agenda even Ray Charles could see is guiding your boss. You ask questions to friends of mine, questions related to regulatory matters—but then you spin that line of questioning into possible criminal behavior.”

“I expect nothing less from the prick A.G.”  Hap rose suddenly from his chair, pointing at Agent Gordon’s dark eyes. “You, Sir, scare me. You take yourself way too seriously. Unfortunately, you lack the acumen to comprehend when the Bureau is being played.”

“Our guests will be leaving now. Will you see them out?”

“Will be glad to,” came the reply.

Hap walked out from behind his desk. He stood more than four inches taller than Agent Gordon. When he clasped Gordon’s hand, the agent maintained a firm grip for a soft man.

“You will make yourself available for further questions if asked,” Gordon

said as a statement, not a question.

Peg stepped into Hap’s office, her smile lighting up the room. “Gentlemen, if you will follow me.”

Turning to the attractive woman, Gordon looked back and said, “Thank you for your time Mr. Stoner.” He looked over toward the other agents, gesturing with his head to the open door.

Peg stood at the door as the agents filed by. Looking back, she motioned, a silent question—want the door closed?

Shaking his head, Hap swung around in the chair so his back was to the door, and he flipped the Gordon’s business card in the circular trashcan.”

Since I can’t punch people in the nose, I can write about it and that’s my punch. Hap and “the boys” take action and right wrongs when and where governments fear to tread even after being the cause of the problem. Here’s a little taste of the mega-action in Borderline Decision

Hap sat up sharply in his seat, speaking to Waco. “You see what I see?”

“Tally, I believe the flares are red, Sir,” Waco said.

“Concur,” Hap snapped. He dropped the snout of the Cobra, pulling in military power. Accelerating, Hap steered directly for the flailing couple, roaring over, just above treetop level, before banking in the direction of the last flare.

“Spanky, we have red flares to the west. Join on us and Tuna can follow in trace if gas allows.” Glancing back over his shoulder, Hap saw Spanky accelerating with him, banking right to the 3 o’clock position.

Nomad 21 skimmed over ground at 165 miles per hour. Peering through the heads-up display, Hap maintained the Cobra 125 feet above the ground. 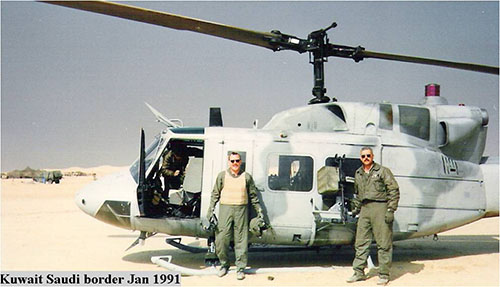 Hap thought back to Captain Parker’s in-brief, shooting the laser pen at a spot on the map to emphasize that the next incident would occur at Bravo 6. He punched the GPS, bringing up the waypoint labeled Bravo 6. Hap punched another button, direct loading the coordinate into the previously programmed navigational system.

Waco laid open the tactical map and pressed his lip up against a small plastic lever mounted on his mike, energizing a lip light mounted to its end. After a quick glance, he spoke. “Hap, flares could be from Bravo 4 but would bet originating from Bravo 6.”

Hap glanced down at his kneeboard, at the frequency card, and noted the tactical frequency for Bravo 6, “Hap, flight go lavender.”

A short burst followed over the radio—“Two, Three”—as Spanky and Tuna verified receiving the directive to switch frequencies. In pilot lingo, this act referred to a front-side check. To be sure the flight was on same frequency, there was also a back-side check, which would be initiated once Waco punched the frequency into the radio.

The Cobra was equipped with three radios and typically, the number 1 radio was switched to supporting elements working frequencies, while the second radio was used for inter-flight communications.

Abruptly, a deafening squeal came across their headset—Waco keying in the frequency.

Hap reacted instinctively to clear the flight from the annoying squeal, foregoing the back-side check. He said, “Flight go gray.”

Immediately, the flights’ headsets went quiet except for the whine of the turbo shaft engines driving the blades overhead. 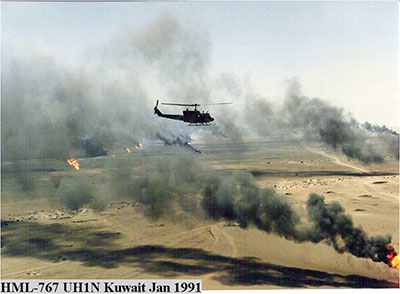 Hap looked down for a backup frequency for the grunts, running the index finger of his left hand down the laundry list of frequencies; wouldn’t you know, the next to the last line of the page contained the backup frequency, labeled with the color code Silver.

Hap broke the silence over the net. Each cockpit within the flight needed to know what the hell was going on. At the moment, Flight Lead was in the dark. Silence would not render situational awareness (SA) on events on and around Bravo 6, which was now a mere three miles to their front.

“Kang Flight go Silver!” The command was quickly followed up by the front-side check. Seconds later Hap initiated the back-side check, and, like clockwork, the flight checked in.

He was about to initiate a fuel status check, but the piercing squeal rendered the backup frequency untenable.

As before, Hap switched the flight back to button Gray, his command barely audible over the squeal.

His mind was racing about as fast as the Cobra was covering ground, and now the ridge forming Bravo 6’s eastern boundary was clearly visible barely a mile away. “Hap flight say fuel.”

He needed to know how long the flight could stay on station.

Spanky quickly chimed in over the radio, “Twelve hundred pounds for dash two.”

“Tuna has 900 pounds,” Tuna said, his demeanor as calm as the day Hap had to inform him that the business deal they’d both thrown over one hundred thousand dollars into had gone bust.

Hap quickly computed fuel burn for both types of aircraft. The flight only had 45 minutes on station. He watched the high terrain race towards them. Only one hundred feet separated the cloud layer from the top of the ridgeline, and again like clockwork, both Hap and Spanky initiated a gentle bunting maneuver to lower the aircraft over the backside of the ridge.

“Bravo 6 off the nose about two thousand meters,” Waco said.

Hap pulled the cyclic back into his lap while simultaneously lowering the collective to the stops in an effort to break the aircraft’s forward motion.

Shouldn’t have done that, Hap thought.

Looking left, he saw the nose of Spanky’s aircraft arced towards the overcast all the while maintaining position. Always has, always will. Tuna may be caught in a lurch, but the good old Boss will go high to avoid the midair while staying clear of the goo.

Both Cobras came to a stop 200 meters east of Bravo 6. Hap pulled on the collective, placing the bird into a high hover hold north of the OP. Waco swept the FLIR along the entire finger and then traced the dirt road east of the finger.

“Hell, Colonel, there are multiple targets. I have two vehicles stationary in the draw off the nose. They’re parked alongside of the road just below the OP.”

“Got ‘em,” Hap replied into the intercom. Switching over to the UHF radio, he began barking orders to his flight. “Spanky, you have the targets moving down the backside of the finger. Tuna move north along the road I am currently hovering over, and keep your six o’clock clear. All aircraft ensure all exterior lights secure.” The last order had all aircraft dim exterior lighting, which on a dark evening made the aircraft very difficult to pinpoint using the naked eye.

They were still loud as hell—could be heard from a couple of miles away—but it’s hard to shoot a target you can’t see.”